It’s hard to be likable when you’re being brutally honest, but Alvin Williams has found a way, and he’ll show you for a small fee.  From the little things in life that truly matter, to the big issues that shouldn’t matter at all, Williams finds the funny in all the places you forgot to look.  Whether it’s current events, relationship advice, family life, or pop culture, you won’t know which direction he’s headed next, you’ll just be glad you took the ride with him!

Born in Chicago, IL, Alvin shared his childhood between Illinois, Tennessee, Colorado, Oregon, Louisiana, and Idaho (yes, Idaho), making him a “native son” in many of his performance destinations.  Growing up he learned to rapidly adapt to his ever-changing environment by turning strangers into friends through laughter, a skill that is noticeably on display as soon as he hits the stage.

Over the last 13 years, Williams has made his presence felt on both the national and international comedy circuit with a non-stop tour schedule that spans the entire United States and Canada to his credit.  In 2008 he hosted the inaugural Mile High Comedy Festival in Denver, CO.  Later that year he became the recurring host of the Shades of Black Show, a multi-cultural talent showcase that tours college campuses across the U.S.

Williams is a 7-time Featured Comic on the viral video network Comedy Time TV, and can now be heard on the Audible Channels series Sounds Like America. He is featured on seasons 1 & 2 of the Amazon Prime series Comedy Brew, and in 2020 released his debut comedy special It's Gonna Get Better  on Amazon Prime!  For updates on when Alvin is performing near you, click the Shows link to see his upcoming tour dates!

RCCL Mariner Of The Seas Cruiseliner

Comedy Night At The Inn 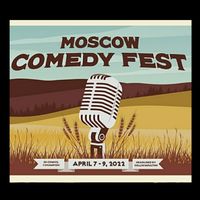